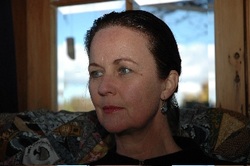 Jane Gilmer obtained her doctorate in philosophy in 2000 from Murdoch University Western Australia. From 1980 to 1984 she trained in Anthroposophical Speech and Drama with Mechthild Harkness in Sydney Australia. She also trained as a Waldorf School teacher in 1979 and Curative Educator from 1977-1978. Jane has been a member of the Anthroposophical Society for thirty years. Jane toured internationally with the Rose Theatre company, an Anthroposophically inspired theatre company based in England, performing Shakespeare’s plays and Children’s theatre for many years. She also toured with the Portal Productions English performance of the fourth mystery drama The Souls Awakening playing Maria. She is currently Subject Head of Department and a lecturer in Drama at the National Institute of Education in Singapore as well as the delegate for Waldorf Education in Singapore. Her current research focuses on Anthroposophical speech and drama, alchemy, psychoanalysis and Shakespeare as vehicles for actor training and personal transformation.
www.apac-awtc.org